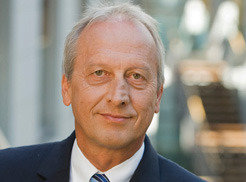 The insights and new topics revealed by basic research shape our future. The decoding of the human proteome, for example, is only an initial step in the development of entirely new methods that will allow precise diagnosis and individually-tailored treatment of disease in the future.

The Max Planck Society conducts research at the frontiers of knowledge. For this reason, we always pay particular attention to any research fields that are developing dynamically and presenting new scientific challenges. Such promising topics can provide the basis for new appointments and an expansion of ongoing research activities at our institutes. A few might even lead to the foundation of new institutes — for example, the Max Planck Institute for the Science of Light — and therefore to the establishment of new scientific disciplines.

The Research Perspectives series was created with a view to providing insight into the fields regarded by the Max Planck Society as particularly innovative and pioneering. This is the third edition of the series, and the 2010+ issue ventures once again beyond familiar horizons. After all, the exploration of the unknown lies in the very nature of basic research.

This year we are producing not only a printed document that is especially aimed at political circles, the media and the general public, but also an online version that includes more in-depth scientific detail than the printed work and is thus particularly directed at the scientific community. We would like to create a platform that will make it possible to update and further advance the topics and ideas presented, and, in this way, also open up new fields of investigation for both science and the Max Planck Society.

» The results of basic research are the foundation on which the worlds of tomorrow and the day after tomorrow will be built.

This publication describes topics at the forefront of science that are being explored by our institutes, and that display enormous potential for development. Some of these fields are in the process of rapid development and paradigm change. The driving force is often interdisciplinary expansion, which yields innovative and unexpected results.

The scientific challenges further demonstrate that basic research is not only valuable for its cultural contribution and the associated gains in knowledge, but is also the key driver of innovation. The knowledge that is gained about the laws of nature and society, and about structures and causal relationships, creates the basis for revolutionary innovations. The results of this research are the foundation on which the worlds of tomorrow and the day after tomorrow will be built.

That is why — in the sense of Antoine de Saint-Exupéry’s words — basic research plays such a crucial role in making the future possible.